Pet Stop by Pet Management Systems provides Reading Pa with professional, custom installations of the most advanced and effective electric dog fence systems available today. The safety of your pet is important to us. With our electronic pet fence system, your dog or cat will be free to roam outside without having to worry about their safety, giving you Peace of mind.

All dogs are unique, just like their owners. As your local pet fencing experts, we understand that everyone has different needs when it comes to pet containment. Pet Stop by Pet Management will evaluate your dog, listen to your needs and give you recommendations for a dog fence. We guarantee we’ll create a customized electric dog fencing system that you’ll be satisfied with! 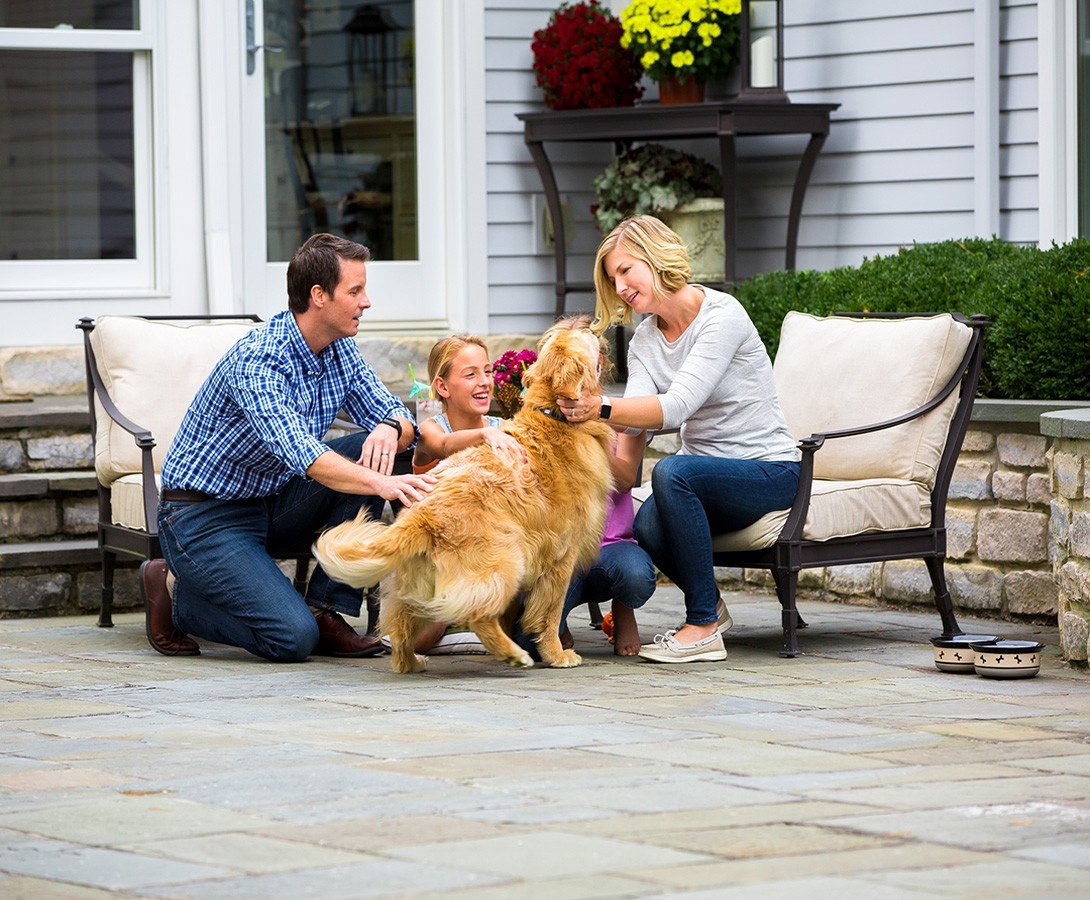 We exclusively provide Pet Stop® systems for the same reason we hope you choose us to install your invisible fence – we won’t settle for anything less than the best. Unlike our competitors, all Pet Stop products are 100% designed & manufactured in the USA (in Exeter PA!), and Pet Management Systems is a local Veteran-Owner Business. Our company President, John Purtell, founded the original Invisible Fence® in 1976 – so you can rest assured that we have decades of experience in pet containment.

This is a very good company. They installed a complex fence for us and the dogs are happy and we are VERY happy because they have no desire to scoot off. Karl has been very available if there is any issue and I would highly recommend his business.thomas watkins

IMAGINE A PET FENCE SYSTEM THAT LINKS TO YOUR SMART PHONE!

Now there’s Link™, an amazing breakthrough in pet fencing. With Link you’ll have access to real-time information at your fingertips and so will your Pet Stop Dealer. Information like letting you know the collar needs to be charged or prompting you to making an adjustment to the over 1000 available settings.
This breakthrough technology forever changes the peace-of-mind you get from your Pet Stop system!

Reading Pennsylvania is a city in and the county seat of Berks County, Pennsylvania, United States. With a population of 87,575, it is the fifth-largest city in Pennsylvania. Located in the southeastern part of the state, it is the principal city of the Greater Reading Area, and is furthermore included in the Philadelphia-Reading-Camden PA-NJ-DE-MD Combined Statistical Area.

The city, which is approximately halfway between the state’s most populous city, Philadelphia, and the state capital, Harrisburg (as well as about halfway between Allentown and Lancaster) is strategically situated along a major transportation route from Central to Eastern Pennsylvania, and lent its name to the now-defunct Reading Railroad, which transported anthracite coal from the Pennsylvania Coal Region to the eastern United States via the Port of Philadelphia. Reading Railroad is one of the four railroad properties in the classic United States version of the Monopoly board game..

For More Resources in Reading Pa, check out these local resources: